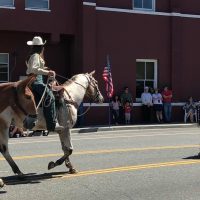 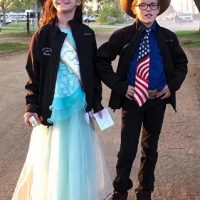 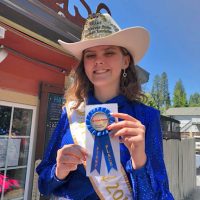 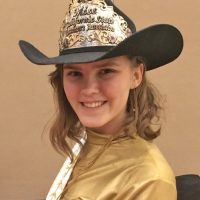 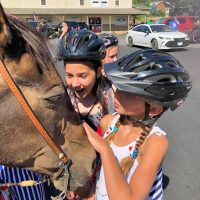 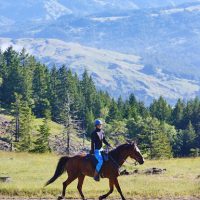 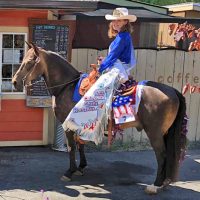 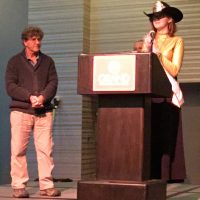 Every year CSHA offers a wonderful opportunity for girls and boys from throughout California to compete for the title of:

Most CSHA Regions offer the Royalty Program, and the winners at the Regional level qualify to compete for their respective state title.

Miss CSHAs and CSHA Ambassadors and their courts are crowned at the state competition and their reign begins at that time. Miss CSHAs and CSHA Ambassadors are invited to attend the Annual Horse Show (s), Show of Champions, Day at the Races, Night at the Cow Palace, Championship Parade and the Annual Convention. Also Royalty may be invited to other appropriate functions through the Royalty Chairperson and/or Royalty Events Coordinator.

Miss CSHAs receives a tiara, buckle and sash as well as some perpetual awards, which may consist of a hat crown, sash pin/concho and trophy. The First and Second Princesses each receive a tiara and sash. CSHA Ambassadors receive a engraved hatband and a trophy jacket.

In addition to these awards, Junior and Senior Miss CSHAs and Ambassadors each receive a scholarship at the state level (there are no scholarships at the present time for the Little program).
The Little Miss CSHA and Little CSHA Ambassador program is designed to introduce younger children to CSHA and to our Royalty Program. There are four compulsory phases of competition, which are each geared to the younger age group. Riding (walk/jog pattern), written test (test readers are allowed), speech (1 to 2 minutes) and interview.

Contact the Webmaster
The content on the CSHA website is copyrighted. Without asking prior permission, users are welcome to print pages from the website, to print or save search results, and to download for their personal use the files that are specifically offered in downloadable format.
Reproduction, republish, or incorporating text, artwork, or images from the website into other websites, publications, or other materials requires prior written permission from the CSHA Board of Directors. Use of any CSHA logo (Association, Gymkhana, Trail Trails, etc.) requires prior written permission from the Board of Directors.